An insight into the potential motives behind the communal decision on the part of the Premier League’s clubs to depart the European Super League has been forthcoming on Tuesday night.

The headline news across the global football landscape over the last couple of hours has of course come in the form of the near collapse of the ESL.

Just 48 hours after its plans were unveiled to the public, half of the initiative’s founding members opted to depart.

All six of the sides in question came from the Premier League, as Manchester City and Chelsea were followed by Arsenal, Manchester United, Liverpool and Tottenham:

All six Premier League teams involved in the European Super League have formally withdrawn from the competition.

This is what each club said in their statements…#bbcfootball

The stance on the part of the English clubs, however, has not yet been officially followed by their counterparts in Spain and Italy.

Whilst reports have mounted surrounding the departures of all of Barcelona, Atletico Madrid and AC Milan, none, as things stand, have made their decisions public.

And, if the latest word stemming from the Spanish media is to be believed, then, incredibly, the clubs in question could yet move forward, without the backing of the Premier League.

As per reports from both Mundo Deportivo and El Larguero, it will soon be announced that some, but not necessarily all of the remaining heavyweights of La Liga and Serie A intend to form the Super League, regardless of outside interference.

‘Tranquility’ is said to remain at both Real Madrid and Barcelona, who see this evening’s developments as a setback, rather than a defining moment for the competition.

Significantly, it is also suggested by MD that the departure of the Premier League clubs involved only came after all six were offered ‘significant sums of money’ by UEFA.

Watch key highlights from Elland Road, where a first-half goal from Sadio Mane, was… 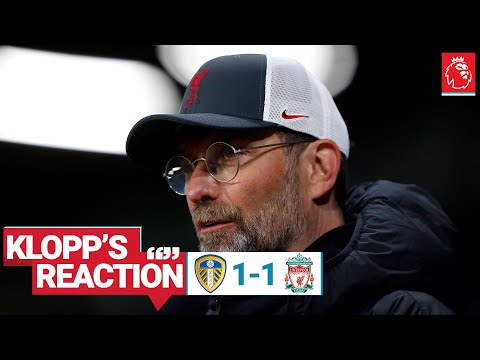 Klopp’s Reaction: “It’s frustrating when you don’t get over the line” | Leeds vs Liverpool

Arshavin’s wife kicked off flight for refusing to fasten seatbelt – and then claims she’s a secret agent!